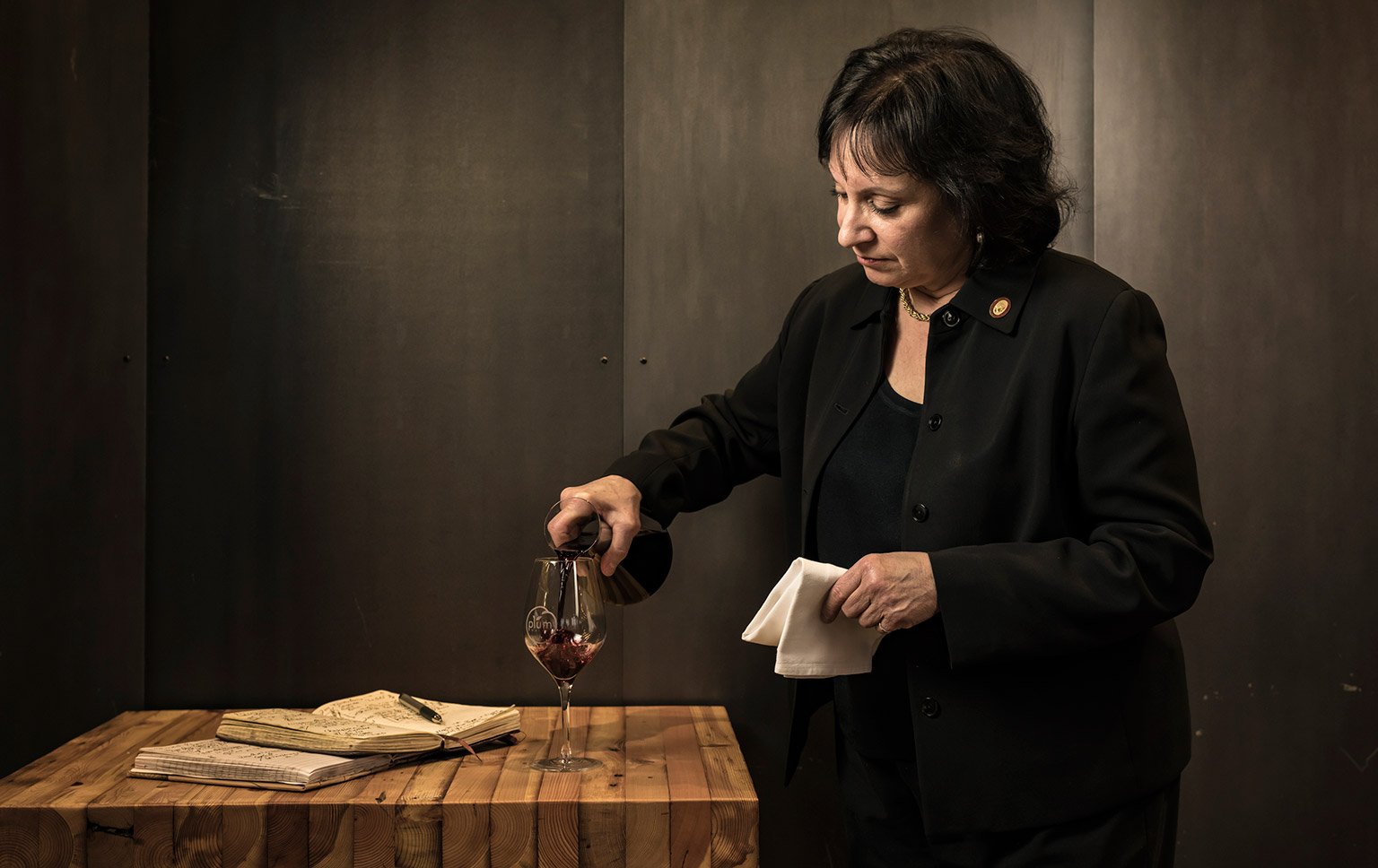 Madeline Triffon tasted her way to the top of the exclusive world of wine and fine dining.

Should you perhaps associate the word sommelier with a tuxedo, slab of leather, and elevated nose, that is not the person you’re about to meet. Madeline Triffon has been defying convention among sommeliers from the day in 1987 when she entered the profession as only the second woman in the world ever to pass the Master Sommelier Exam (MSE). A test of excellence that routinely leaves both passers and failers in tears, the MSE has become part of the mystique that is turning “somms” into rocks stars in the world of haute cuisine, though what Triffon calls “the deification of the somm” is not a trend she much likes. “It makes me uncomfortable,” she says. “To me a master sommelier is a master servant.” Later, she wonders if perhaps “the two ideas can exist in parallel,” and there it is: the job description exactly.

Born in Connecticut, schooled mostly abroad, Triffon has centered her career in Detroit: first in top restaurants, now as master sommelier for the high-end Plum Market food chain. But her journey might have led to medical school if it hadn’t been for her way with accents. After college, when she applied for a short-term restaurant job, “Someone handed me a wine list and asked me to read it aloud.” So she read it with a French accent, a bit of performance art the employer apparently liked. The next thing she knew she was dressed in an elegant gown working the floor at Detroit’s La Fontaine restaurant: a sommelier, just like that. As she was well aware, flair and a practiced accent alone would not suffice. With a knowledge of wines approaching zero, “I was passionate about gaining credibility,” she says. “I wanted to teach myself how to recognize quality.” What followed was the equivalent of wine home-schooling. Surrounding herself with vintages and reference works, she set about “learning to taste.”

“What touches me most is serving guests.”

That was in 1977. By the early 80s Triffon was entering competitions in New York, spheres of elegance and raw nerves that closely resemble auditioning for a symphony orchestra. There were blind tastings – flavor meets language, with a stopwatch – and on-the-spot pairings of drink and dish (“food and wine harmony,” as it’s called). Triffon bested most of the boys in these competitions (5th the first year, 2nd the next). More important, the contests “honed me to take the Master Sommelier Exam.”

The Court of Master Sommeliers, founded in Britain in the 1960s, is every bit as intimidating as it sounds. Its three-day annual exam, the crucible of the profession, consists of blind tastings (6 wines in 25 minutes), practical service (role-playing in a restaurant setting), and theory (mostly the universe of grapes, which to its students seems not much smaller than the universe itself). For candidates entering the arena, the great looming question is whether they’re about to be the matadors or the bulls. Matadors are few.

In 1987, a decade after asking someone, “what’s a wine steward?” Triffon passed the Master Sommelier Exam.

“I took the exam in 1987,” Triffon says. “There was an innocence in that time I’m grateful for. No preconceptions, no chatter, no Internet. That helped me tremendously.” She had studied theater at the University of Michigan, “so the performance part felt comfortable to me.” (Who knew Lady Macbeth would prepare her for this?) Primarily, though, Triffon arrived with a mass of hard-won knowledge and a subtle palate. In a realm where the success rate is under 10%, she passed the first time.

In the decades since, Triffon’s journey has followed her original star: “What touches me most is serving guests.” One way she does this is through language. In a world where descriptions of wine can produce daunting flights of Elizabethan complexity, hers do not. “Flowery language is like a Scrabble board thrown on the floor,” she says. “It pushes the reader away. Anytime I’m writing, I’m always conscious of how quickly the reader will understand it.” Asked for an example, she gives an impromptu take on Cabernet Sauvignon: “Opaque in color, with an intensity that stains the glass, black currant note, all the dark berry fruits, a touch of oak…” and off she goes, not a tortured metaphor in the bunch. Which is not to say metaphors don’t have their uses. “Wine is a world of metaphor,” Triffon admits. It’s how they’re used that matters. Some may find it helpful to be told that a wine has “chocolate and leather notes,” even if those things aren’t (thankfully) in it. Among themselves, somms may become friskier yet. They may suggest that a particular wine’s bouquet recalls “a freshly opened can of tennis balls” or cat pee, which have meaning in shop talk. Still, Triffon maintains her preference for a simpler vocabulary, whether she’s writing or working the floor: “To this day I’m still busted by guests once in a while. ‘What does that mean?’ Like, ‘Wake up, honey. Just say it.’”

“Service is a deep word.” 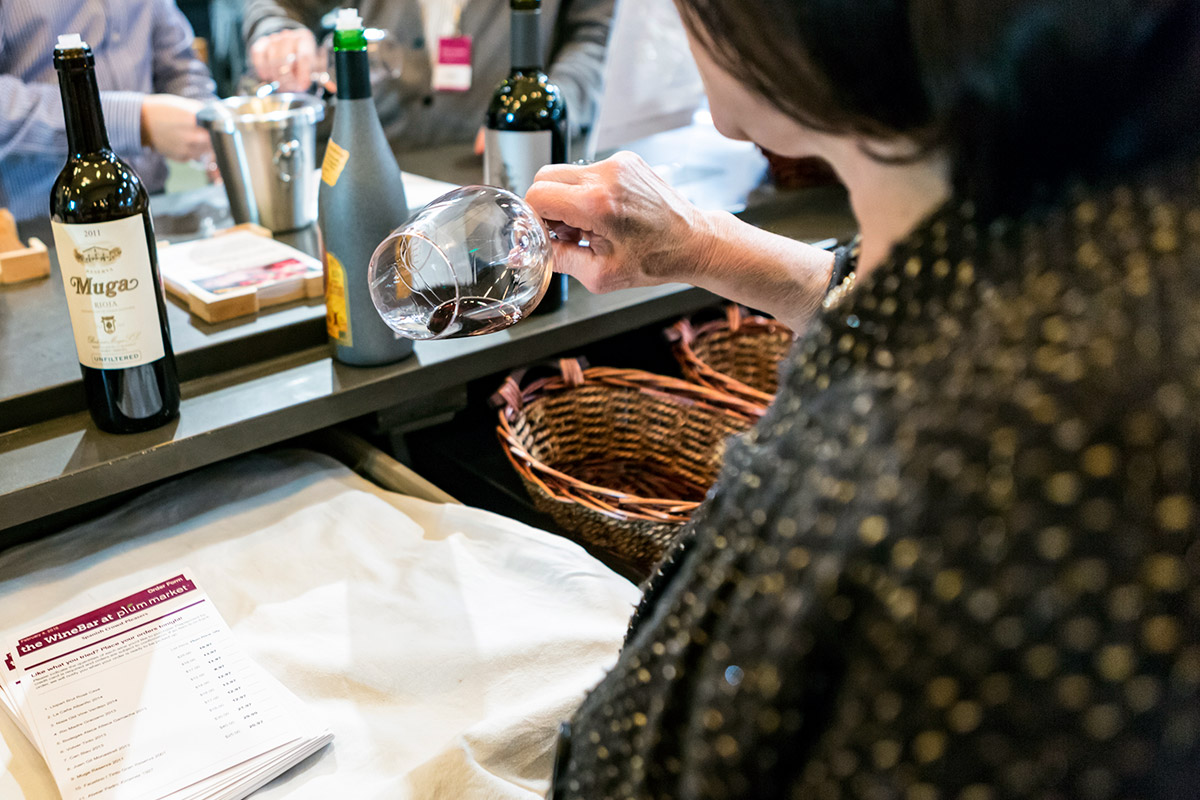 Especially in wines from Europe, where the growing season is traditionally coolest, Triffon already sees the effects of climate change—for example, in “less vintage variation, and the alcohol levels are creeping up.”

Today, the biggest topic of conversation in the wine world is global warming, which Triffon says “will change the face of wine production. It will change growing conditions, the types of grapes planted, the wines we get.” In Europe, where the growing season is traditionally coolest, there is already “less vintage variation and the alcohol levels are creeping up.” Chablis, for example: “Twenty years ago, it was so tart it might take some getting used to. Global warming has ‘changed the mouthful’ – it’s not as acidic.” In terms of overall quality in the industry, “I don’t necessarily see it as a negative,” she says, but it does mean those Master Sommelier Exam candidates will have to stay on the balls of their feet as time goes on.

The other great change in her field is the rise of women. Triffon set off on the path to greatness before there was a path – not as a feminist statement, she says, but because she loved the work. Today, though, the number of women making the same journey is creeping up: Of the roughly 130 Master Sommeliers in the Americas today, more than 20 are women. To Triffon, now on the other side of the judging table, the issue is not discrimination anymore. Rather, it’s a matter of women catching up with the opportunity. It’s still a tough game, but the playing field is level, she says: “There’s always been a drive, a deep commitment to making the MS exam fair to everyone.”

Post-exam each year, there’s no telling what the chosen few may do. One may take the traditional route and preside at a three-star restaurant; another may start a vineyard or a boutique label; another may work as a wine company’s roving ambassador. “We’re as different as doctors or lawyers or anybody else,” Triffon says, “as varied as leaves on a tree.” Her own focus stays where it’s always been, on live interaction with guests. Though she left the restaurant world for Plum Market four years ago, much of her current job is centered on customer tastings and special dinners. That’s the way she measures her performance, through customer satisfaction–by “staying in the fray,” as she puts it. “I stay current by practice. Service is a deep word.” 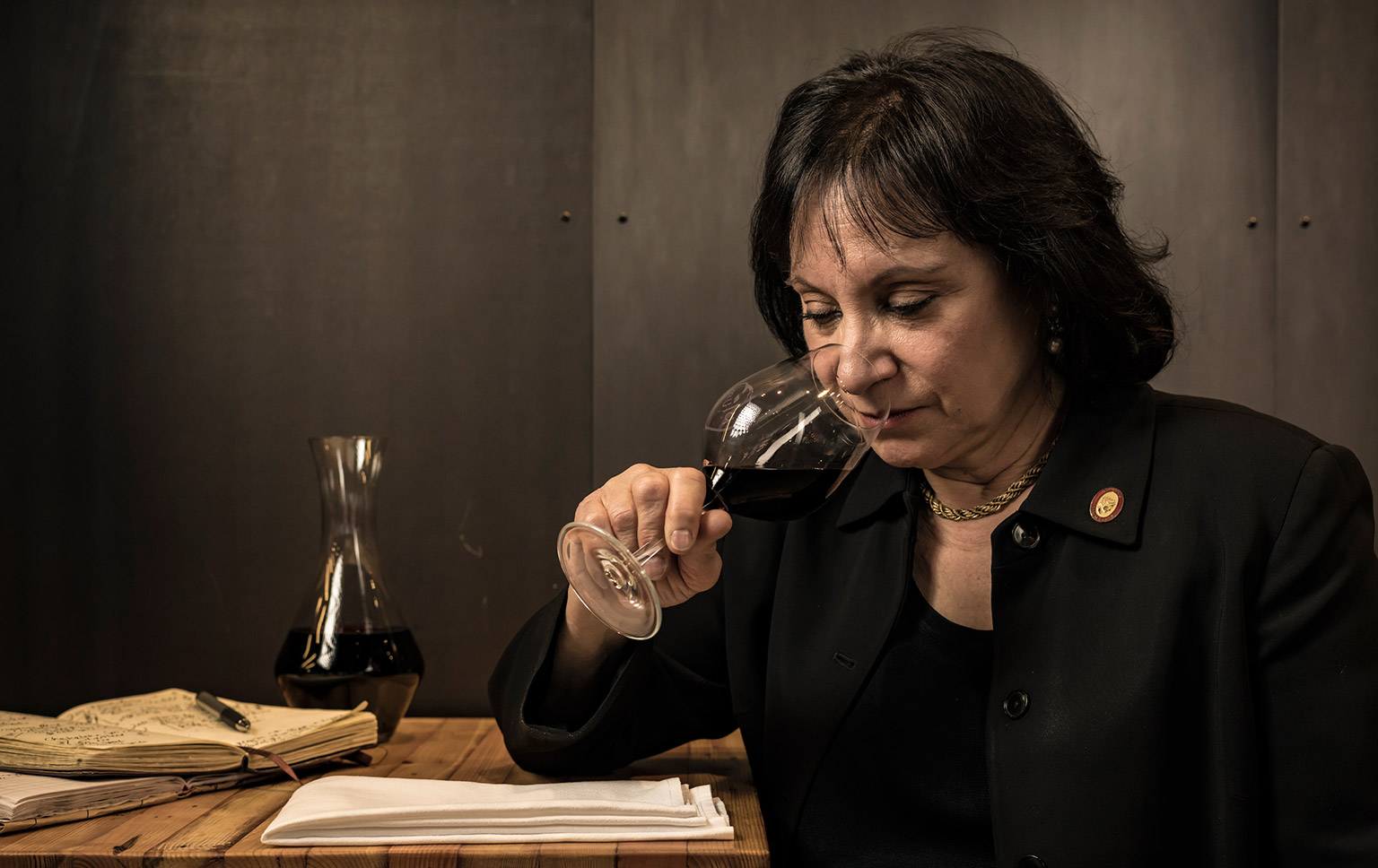