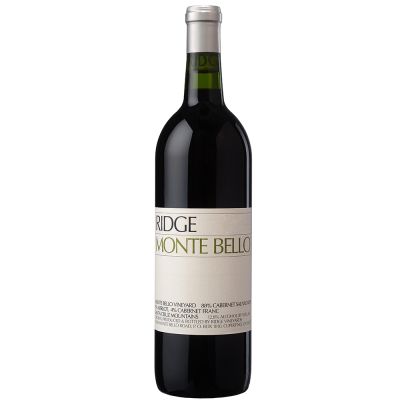 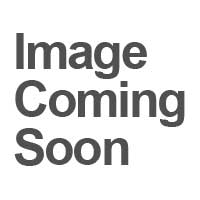 Availability: In stock
SKU
12753
Be the first to review this product
was $350.00 Special Price $299.99
Save $50.01 (14%)
Details
Winemakers’s Notes: “Our estate vineyards high on Monte Bello Ridge are exposed to the Pacific Ocean, fifteen miles to the west. This gives us a climate as cool as Bordeaux, but also subjects us to the ocean’s vicissitudes. Petit Verdot and Cabernet Franc were added immediately, another Merlot and three Cabernets in May, some rich first-press wine in December. Seventy months in new air-dried American oak-from both France and American coopers-has contributed spice and texture. This is a superb vintage. Beautifully balanced, it will continue to develop over the next several decades.”
70% Cabernet Sauvignon, 22% Merlot, 6% Petit Verdot and 2% Cabernet Franc.

Robert Parker's Wine Advocate - "The 2005 Monte Bello is beginning to drink very well indeed, revealing complex aromas of sweet currant fruit, rich soil, cedar cigar box and sweet spices. With time in the glass, nuances of dark chocolate and loamy soil emerge too. On the palate, the wine is medium to full-bodied, deep and concentrated, with fine-grained structuring tannins, the first signs of emerging savory nuance and a bright, beautifully focused finish. As it approaches age 13, the 2005 is still very youthful—indeed, this particular bottle was more reserved and taut than the last four or five that I've encountered—so there's certainly no rush to drink it. Cropped at just under one ton per acre, the 2005 is a blend of 70% Cabernet Sauvignon, 22% Merlot, 6% Petit Verdot and 2% Cabernet Franc that attained 13.4% natural alcohol."

Wine & Spirits - "The vines at Ridge's Monte Bello estate vineyard, at altitudes from 1,300 to 2,660 feet above the Pacific, consistently produce one of the greatest Cabernet Sauvignons in California. In 2005, a cold, wet spring cut yields to one ton per acre, the lowest level in ten years. The summer and fall ripened that small crop into something extraordinary. That season highlighted the factors that distinguish this wine: the maturity of the Cabernet Sauvignon vines, some that date to 1949; the limestone subsoils that sustain the vines without irrigation; the native yeast fermentations and the skill of the blending team, which selected half of the production for this final blend (in addition to 70 percent Cabernet Sauvignon, it includes Merlot, Petit Verdot and Cabernet Franc). It tastes like an authentic California wine, with the flavor of mountain-grown fruit-tiny berries, very dark in color and not a lot of them. The tannins have the intensity of wild blueberries, a soft power that's friendly rather than austere. Its fresh, bright floral aspects combine seamlessly with the structure, pointing up the wine's youthful beauty. The moderate alcohol (13.4 percent) is just one more factor that predicts a long life ahead for this wine."

Vinous - "Ridge's 2005 Monte Bello is beginning to show the first signs of aromatic development, although it has more than enough depth and density to drink well for another twenty years. Tobacco, cedar, leather, spice and menthol add considerable nuance. The tannins are nicely resolved, which makes the 2005 an excellent choice for current drinking. The 2005 is not a blockbuster, but it is super-polished and refined, with an almost exotic sense of ripeness from the warm, dry summer and low yields of that year."