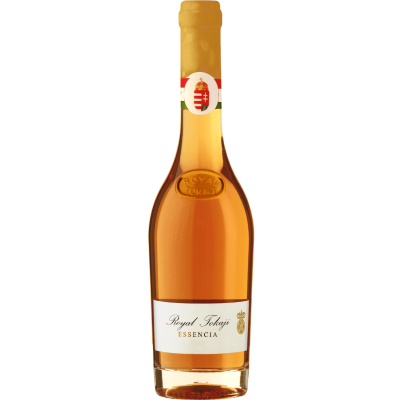 Availability: In stock
SKU
37100
Be the first to review this product
was $1,000.00 Special Price $899.99
Save $100.01 (10%)
Details
Winemaker Notes:  Deep gold color with a hint of amber. Fresh, ripe peach on the nose with complex honeyed, spicy, ginger notes and background presence of botrytis. Full but graceful to taste, intensely concentrated, rich and sweet, balanced with taunt acidity.

Robert Parker's Wine Advocate - "The latest release, the 2008 Tokaji Essencia from the Royal Tokaji Wine Company, was tasted over a period of three days. It is clearly cut from a different cloth to the 2007, disproving the idea that wines of such extraordinary sweetness conform to type. It is lighter on the nose than the 2007, with freshly cut tangerines, apricot and orange zest. There is a brightness here, a sense of energy. The palate is founded upon energy and tension, a silver thread of acidity that cuts through the layer upon layer of orange zest, Japanese yuzu, tangerine and honey. This is an elegant and you might argue, more "reserved" Essencia compared to the 2007. The alcohol is slightly higher at a "whopping" 4%, a relatively easier Essencia to consume compared to the unctuous previous vintage. While it might not achieve the concentration of the 2007, the 2008 Essencia remains an otherworldly feat of nature. I actually shared the remaining bottle with winemakers from Argentina and Portugal in Hong Kong and they became wide-eyed with amazement. That's the magic of Essencia. It might constitute blasphemy, but the freshness means you can enjoy this now, or as my drinking window suggests, wait another 100 years, as temporally fantastical as that sounds. Tasted November 2016."