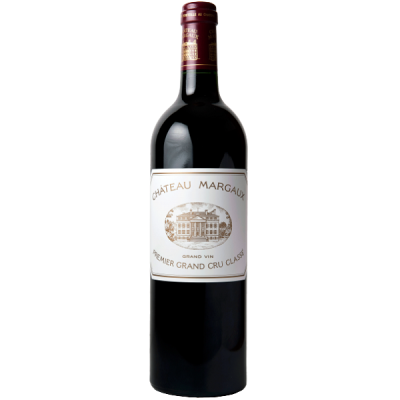 James Suckling - "It’s very friendly and warm on the nose showing flowers, such as roses, and red fruit. But then on the palate, it lets you know how serious it is. Full-bodied, yet reserved, extremely tight and well-formed with super polished tannins that go on for minutes. A solid and typical Margaux with all the personality and beauty in strength. Try after 2027."

Wine Enthusiast - "With a rare 94% Cabernet Sauvignon in the blend, this wine is packed both with black-currant flavors and impressive tannins and acidity. It moves Château Margaux into a new dimension with its dense, dry core of tannins that will power the wine into a seriously long-term future. Drink from 2025. Cellar Selection"

Decanter - "This is a serious Margaux, hugely Cabernet dominant on both nose and palate as you would expect with 94% of the blend. It has an extremely fine, elongated tannic structure, just barely there and so classy, focussing on the gentle elasticity. There are more blue than black fruits here, wonderfully spun out and softened with crushed tobacco. It has the expansive aromatic structure of Margaux, the floral and mineral aspects clear, as is the tension that lifts the palate up and out. It's reminiscent of the 2005, though with less evident tannins. It's not as hefty as the 2010 or as staggering as the 2015, but is still a joyful expression of the estate. 1% Petit Verdot completes the blend."

Jeb Dunnuck - "The grand vin 2016 Château Margaux is a beauty and tastes like the essence of Margaux. Thrilling notes of blueberries, cassis, crushed violets, flowery incense, and spice notes all give way to a full-bodied 2016 that strikes an incredible balance between richness and elegance. A blend of 94% Cabernet Sauvignon, 3% Cabernet Franc, 2% Merlot and 1% Petit Verdot brought up in new barrels, it’s more focused and elegant than the 2015, yet I suspect it’s just as concentrated, and readers are going have a blast comparing these two magical vintages over the coming 4-5 decades. Rating: 97+"