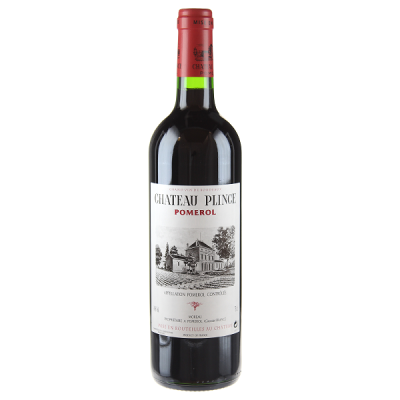 Availability: In stock
SKU
234368-1
Be the first to review this product
was $85.00 Special Price $69.97
Save $15.03 (18%)
Details
Winemaker Notes: Château Plince is situated just outside the village of Catusseau in Pomerol, and has been owned by the Moreau family for over four generations. the vineyard, planted on dark sand with an iron-rich subsoil, is made up of one block and counts Châteaux Nenin and La Pointe as its neighbors. the vineyard is tended traditionally and with great care throughout the year (lea hinning, green harvests) in order to produce optimally ripe fruit that is expressive of this terroir. After harvest, the grapes undergo a careful sorting before being transferred to thermo-regulated cement tanks, where they are stored for one week of pre-fermentation maceration. Fermentation lasts for 1-2 weeks, and a er 1-2 weeks of additional maceration, the wine is transferred to French oak barrels (1/3 new) for the malolactic fermentation, followed by 12-18 months of aging. Château Plince produces a classic Pomerol with the beautiful fruit, depth and concentration typical of this appellation.

Robert Parker's Wine Advocate - "Composed of 79% Merlot and 21% Cabernet Franc, the 2017 Plince is medium to deep garnet-purple in color and rolls effortlessly out of the glass with scents of blackberry pie, plum preserves and kirsch plus suggestions of menthol, pencil lead and Marmite toast. Medium-bodied, the palate has a sturdy, rugged frame with mouth-coating black fruit and earthy flavors, finishing a little chewy."