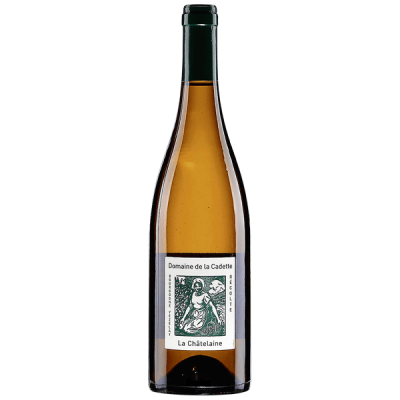 Availability: In stock
SKU
81953
Be the first to review this product
was $40.00 Special Price $34.97
Save $5.03 (13%)
Details
In the village of Saint-Père, along a little creek to the southeast of Vézelay in Burgundy, a quiet, peaceful revolution is taking place. This part of Burgundy has been producing wines for centuries, but estate bottling still represents a relatively recent phenomenon here. In fact, when Jean and Catherine Montanet planted their first vineyards in 1987, the fruit was destined for vinification in their very own cave coopérative, which saw its first vintage bottled in 1990. As general manager of the business, Jean quickly found his feet as a capable vigneron, counseled by coworkers such as the brilliant Bernard Raveneau, who would later introduce Jean to Kermit.

By 1997, the INAO (Institut National des Appellations d’Origines) had awarded Vézelay its own AOC—a timely decision that lends more credibility to the noble work of the Montanets. They began farming organically in 1999, a particularly bold decision given the physical and financial effort required to do so in an area where most wine is sold in bulk. Unable to fully express themselves as vignerons at the coop and determined to continue working organically, the Montanets finally split off and founded their own label, Domaine de la Cadette, taking their vineyards with them. Their son Valentin joined them in 2010 and now manages the domaine, espousing his parents' philosophy of organic farming and natural vinification to craft refreshing, mineral-driven whites and reds.

The vineyard land sits deep in the Morvan, the great mountain range that runs west by northwest of the famous Côte d’Or. The land here is quite exceptional: the creation of the granite massif of the Morvan has uplifted a marl and limestone strata, revealing fossilized marine deposits. Though Vézelay is a geographic appendage of Chablis, the soils are not exactly the same. Instead of the Kimmerdigian soils, the clays here range from blue and gray to red, sometimes with no clay at all but just shallow limestone. While the climate is slightly cooler than in Chablis, the vines enjoy great sun exposure, lending a balance between generous fruit and deep mineral structure. That the wines from Vézelay have gone largely unnoticed until recently may certainly be attributed to an underwhelming production of forgettable wines; however, Domaine de la Cadette stands proudly as a beacon of change, representing the most sincere expression of their terroirs with grace and integrity. Though they are best known for their Bourgogne Vézelay, a Chardonnay, their Bourgogne Rouge and their Melon de Bourgogne are also equally remarkable.
More Information
Reviews
Write Your Own Review
AGE VERIFICATION