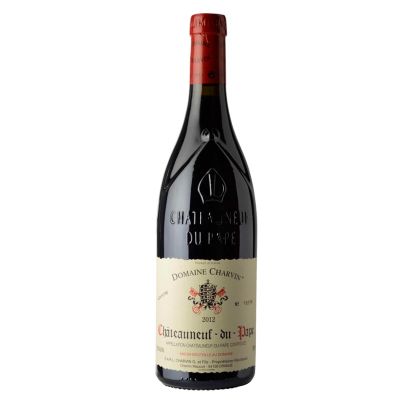 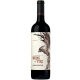 Winemaker Notes: Laurent Charvin has only 10 ha of Châteauneuf-du-Pape. Until recently, Laurent was almost the only grower to still vinify traditionally, with whole-cluster fermentations. Now others are beginning to copy him. In addition to leaving the stems, Laurent’s élevage is uniquely in concrete tank, no barrel. Laurent is regarded as one of the top wine-makers in the appellation by Guy Julien, famous owner of the restaurant Beaugraviere in Mondragon, as well as other top sommeliers and wine writers in France, with a two-star rating by Revue du Vin de France.

Located in the northwest part of the appellation, with vines chiefly in Cabrieres, Maucoil, and Mont Redon, Laurent Charvin makes one of the most elegant and seamless Châteauneuf-du-Papes. Opting to produce a single cuvée, the winemaking here is staunchly traditional, with no destemming and fermentation and aging occurring all in concrete tanks for 21 months, bottled unfiltered. This is a wine that can age 20 years from any vintage as well as be accessible quite young with just a little breathing.

Jeb Dunnuck - "As to the top wine, I was able to taste the 2018 Châteauneuf Du Pape from multiple tanks, all rating between 92 and 95 points. All of the wines showed the dark, blue-tinged fruit style that’s common in the vintage at this point as well as medium to full body, notable complexity, and a seamless, silky, finesse-oriented style that still carries plenty of density and depth. I suspect it will be a step back from the 2016 and 2017, but it’s a beautiful wine in the making that will have plenty of early appeal yet still age gracefully. Barrel Sample: 92-94"

Decanter - "This has some interest; a little spicy kick on the finish that brings character and complexity. There’s a good sense of freshness and it’s very concentrated, with ripe black cherry flavour. The alcohol is on the high side, but this is classic stuff. Has some depth of gummy texture and an intense muscular grip to the tannins with a long, resonant finish. Charvin rarely shows well from barrel, so this could be very good indeed when it's mature. Organically grown at the north-west of the appellation, lieux-dits Cabrières and Maucoil, galets roulés and sand. It's fermented and then aged for 21 months in concrete using indigenous yeasts, then bottled unfiltered. Drinking Window 2022 - 2030."