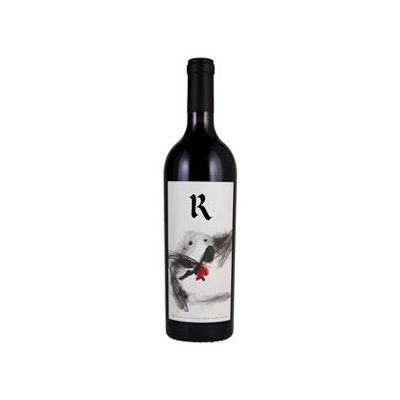 Jeb Dunnuck - "From the estate property around the new winery in Stags Leap, the 2018 Cabernet Sauvignon Estate Moonracer (there are normally small amounts of Merlot and Cabernet Franc in the blend) offers a glorious Napa Cabernet nose of crème de cassis, lead pencil shavings, dried flowers, and chocolate that develops beautifully with time in the glass. It doesn't lose a beat on the palate either and is full-bodied, with a layered, focused texture, building structure, and a great, great finish. It's a serious, age-worthy wine that needs 4-5 years of bottle age yet will evolve like a First Growth from Bordeaux. Rating: 98+"

Vinous - "The 2018 Cabernet Sauvignon Moonracer emerges from Realm’s estate vineyard in Stags Leap. Inky, opulent and full-throttle, the Moonracer captures the personality of this site and vintage so well. Crème de cassis, licorice, spice, menthol, new French oak and lavender all flesh out as this sumptuous, exotic Cabernet Sauvignon shows off its racy curves. The 2018 needs a bit of time to fully come together, but it was only bottled this past June, which is to say later than most of the wines in Realm’s September 2020 release. Patience will be rewarded. For those who can’t wait, the 2018 starts to become approachable about 12 hours after opening. When the remainder of the 2018s are released in early 2021 readers will see a new, small bottling from the very top of the estate made from blocks planted with one of the most important legacy Cabernet Sauvignon clones in Napa Valley. But back to Moonracer. It is a wine that captures so much of what makes the Realm wines special and unique. The blend is 90% Cabernet Sauvignon, 7% Merlot and 3% Petit Verdot. 97+"

Robert Parker's Wine Advocate - "The 2018 Cabernet Sauvignon The Estate-Moonracer is a blend of 90% Cabernet Sauvignon, 7% Merlot and 3% Petit Verdot. It comes exclusively from Realm’s Stags Leap estate. Deep garnet-purple colored, the nose opens with pure, vibrant cassis, ripe blackberries and black plums followed by touches of bouquet garni, pencil lead, redcurrant jelly and Sichuan pepper. Medium to full-bodied, it has a rock-solid structure of firm, grainy tannins and a lively line of freshness supporting the bright, crunchy black and red fruits, finishing with great length and an invigorating lift. Tightly knit and a little restrained right now, I suspect this will warrant a higher score with 3-4 years of bottle age."