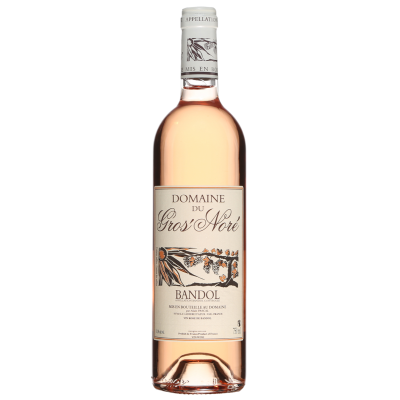 Winemaker Notes: Alain Pascal could be a character pulled right out of a Marcel Pagnol novel—a kind of Provençal Hercules. Like his father, Honoré, for whom the domaine is named, Alain is a strong, husky man with hands the size of bear claws. That he is a former boxer and an avid hunter should be no surprise, yet his physique matches both his spirit and his wine—this gentle giant and his cuvées are all heart. Of the many stories recorded in Kermit’s Inspiring Thirst, those of Alain are among the most entertaining. For years he sold his prized fruit from Bandol to Domaine Ott and Château de Pibarnon. Though he and his father would bottle their own wine for family consumption, they never labeled it under their own domaine name. Kermit has called those early family wines, “Magnificent Bandols made in the simplest manner, très franc de goût, with a whole lotta soul.” In 1997 after his father’s death, Alain officially started Domaine du Gros ‘Noré, a real shift that has brought him more than just casual notice. Alain is already a leading contender in Bandol, the appellation regarded as the grand cru of Provence.

He farms sixteen hectares of vineyards with the help of his brother, Guy, on the rolling hillsides around La Cadière d’Azur. The vineyards are composed of both clay and limestone, imparting a pronounced structure of earthy, splintered rock. This microclimate near the Mediterranean brings warm weather and full sun, tempered by the persistent Mistral. Alain leaves his grapes to mature fully on the vine, lending great intensity to the fruit. Where appellation law demands that each blend includes at least 50 percent Mourvèdre, Alain uses 80 percent—a choice that gives more power and concentration to the final assemblage. Do not be fooled by the strength and boldness of the Gros ‘Noré Bandol, though; underneath a big exterior is a wine of character, depth, complexity, soul, and finesse.