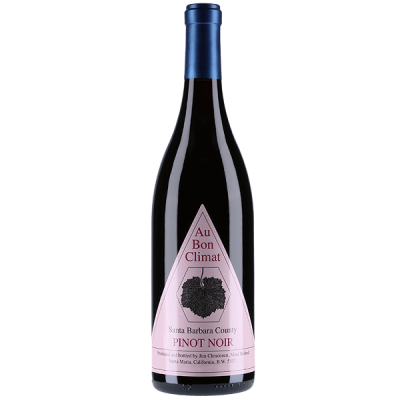 Winemaker Notes: Strawberries and blackberries aromas slowly rise out of the glass. Overtime, more of the anise and clove will mix with these other aromas. Currently, the wine is young with mouth filling intensity and suppleness. Complexity will increase as the wine ages, but this wine should stay 'fresh' for 6 or 7 years.

Like all Au Bon Climat wines, this is a food wine. In its youth, match this wine with lamb or dried meats. After a few years, as the flavors coalesce, it will pair better with salmon or mild red sauce with pasta. We have enjoyed this wine with many food choices from spicy Indian dishes to all-American sandwiches, and the wine worked well with most anything. The possible food pairings are almost endless.