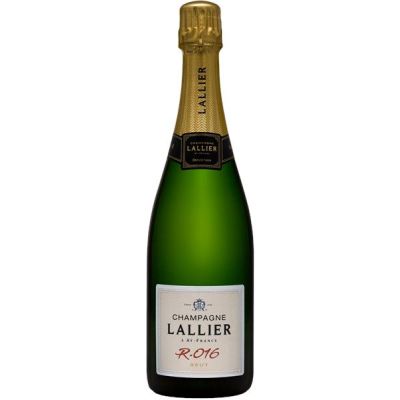 Winemaker Notes: Champagne Lallier is our house champagne here at Regional Wines and, as such, it's one we're very proud of because we believe these wines all punch above their weight and cost significantly less than their quality suggests.

This is a dry champagne with 7 grams dosage per litre and, because the 2016 harvest was a significantly smaller one than usual, the concentration and richness of flavour is pronounced and over delivers big time.

Lallier was founded in 1906 by René Lallier, whose family owned and ran it until the company was purchased in 2004 by winemaker Francis Tibaut, who had worked for the family for many years and had a passion for these wines.

Tibaut now owns Lallier and makes the wines, sourcing 40% of his grapes from the company's own 15 hectares of vineyards, which are mostly Grand Cru and mostly around the village of Ay, one of the Champagne region's key villages. He uses no pesticides or herbicides on his own vineyards and in the winemaking, he often creates his own yeast strains from the vineyards.