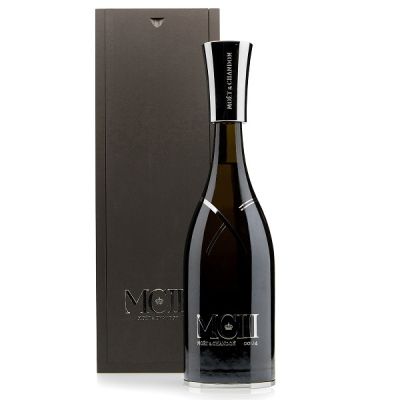 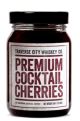 *Box is a little scuffed; the bottle is in perfect condition*

A pioneering blend, MCIII is a champagne of complexity and harmony, and this magnum reflects the maison's mastery of ageing techniques and the art of assemblage or blending. MCIII is an expression of the maison’s visionary spirit, capturing the attributes of very different ageing environments – metal, wood and glass – to form a truly unique style.

Moët & Chandon’s MCIII has been 15 years in the making and could well be its most experimental and daring prestige cuvée yet! Its move comes at a time of heightened interest in prestige cult Champagne, as reported by companies such as Pernod Ricard and Moet’s owner, LVMH.

The first edition of MCIII was called 001.14, with ‘001’ being a reference to being the first cuvée and the ‘.14’ indicating the date it was disgorged. In his presentation of MCIII, Benoit Gouez explained that for the blend different wines were selected according to how they complimented each other, with different vintages of Chardonnay and Pinot Noir and three types of élevage (stainless steel, wood and in the bottle). This created three different ‘layers’, each with its own richness but never dominating over the other in order to create balance in the wine’s complexity.

The ‘layers’ can be explained as follows:

I. METAL The first layer (37.5%) is created by fermenting and aging the vintage 2003 wine in stainless steel with 50% made with Chardonnay (from Chouilly and Cramant) and the other 50% Pinot Noir (from Ay). This layer provided the fruit component and sunny intensity along with a sophisticated richness.

II. WOOD The second layer (37.5%) derived from previous vintages and involves the wood factor. It is a blend of the vins claims from the Grand Vintages 1998, 2000 and 2002 which were partially aged in 50hl oak foudres (barrels) and then kept in stainless steel vats.

III. GLASS The third layer (25%) is the most surprisingly original and has to do with glass. It is obtained by using a Champagne blend that has already undergone secondary fermentation in the bottle and was specifically disgorged for this layer, the vintages 1999, 1998 and 1993.

The final blend was then aged for 10 years in the bottle before being disgorged in July 2014. The masculine black bottle and packaging reflects the blending of metal, oak and glass – it’s stainless steel stopper replaces the traditional foil and cage, “creating a new kind of bottle opening ritual,” the glass opaque black, uniquely without a label and inscribed with 001.14 (001 indicated the first release in the series, the .14 a reference to the disgorgement year), coming complete in a specially-made wooden box – is dedicated as much to wine lovers and foodies as it is to champagne enthusiasts, and the design market too.

The result is an unprecedented wine which brings together maturity and depth with freshness and elegance, fruit with minerality and refinedness with expression. All things considered, MCIII is a complicated and amazing Champagne ‘concept’ and very limited quantity produced.

Wine Enthusiast - "Moët & Chandon's new prestige cuvée is a remarkable blend of three different styles of wine: young and fresh, wood aged and bottle aged. The oldest wine in this blend dates from 1993. It's superb—more wine than bubbles—with a patina of maturity that is also so fresh. Toast and crisp apples make a wonderful pair of flavors. It is complex, ripe and unforgettable. "

Robert Parker's Wine Advocate - "As MC-owned Dom Pérignon sails under its own flag, the NV MCIII is the new prestige cuvée of Moët & Chandon, and it is nothing but a unique assemblage of different vintages or what MC calls "the Champagne of the third millennium." With its ambitious MCIII, Moët seeks the perfect "balance between harmony and generous complexity" by blending young vintages aged in stainless steel vats (I), with matured vintages aged in oak casks (II), and rare vintages aged in glass bottles (III). Call it madness or the "icon of luxury for a new generation," but this is of what the inaugural assemblage NV MCIII 001.14 is made: steel-fermented vins clairs of Chardonnay and Pinot Noir from the vintage 2003, which were blended together in 2004 and comprise 40% of the cuvée (I); another 40% blends the declared vintages 2002, 2000 and 1998 that were mainly fermented in large oak vats and kept as vins clairs for Moët's Grand Vintage (II); and the final 20% assembles the Grand Vintage Collection Champagnes 1999, 1998 and 1993, which had already undergone the second fermentation, but had not been disgorged yet (III). The "ultimate expression of blending" was created in 2004 and kept for ten years on the lees of the second (respectively third) fermentation. The cuvée 001.14 was disgorged in 2014 as Brut with a dosage of four or five grams per liter. The expensive wine offers a fascinatingly deep and concentrated bouquet that is very clear and fresh in its fruit aromas, but also delivers complex secondary aromas of coffee, nougat, biscuits and many more flavors. Full-bodied, ripe and intense on the palate, this is a rich and powerful, yet round and highly elegant cuvée of great complexity and persistence. It is stunningly fresh and pairs fruity aromas with nutty and spicy flavors, revealing a delicate tannin structure and a very long, salty and mineral finish. The MCIII can age for many years and I would recommend not drinking it much earlier than 2020. Moët & Chandon has created a spectacular new luxury cuvée: MCIII. The "icon of luxury for a new generation" is a non-vintaged, multi-vintage blend, and the inaugural cuvée 001.14 – made of six vintages – is indeed an impressive wine. I also tasted the 2008 Grand Vintage Rosé, whereas the Grand Vintage White is scheduled only for the second half of the year. 95+"

Vinous- "The MCIII is easily the most ambitious Champagne I have ever tasted from Moët & Chandon. MCIII is a multi-vintage Champagne based on a single vintage but with a high percentage of reserve wines. One of the truly unique aspects of making Champagne is the length of time that spans the birth of an idea to the moment when a wine finally hits the market. Chef de Caves Benoît Gouez started working on MCIII in 2000, but it took a few years to get things in place, so the first commercial release is based on the 2003 vintage and will be released in the next few months. Gouez adds that the base vintage needs to be a year with an important personality that won't be overpowered by the large amount of reserve wines that go into the blend.

A rich, vinous Champagne, MCIII reveals striking textural depth and creaminess in a powerful, explosive style that is quite unusual for Moët. Apricot pit, brioche, smoke, spices and honey all add shades of nuance as this ample, textured Champagne shows off its considerable resonance. The inherent richness of the 2003 vintage comes through loud and clear, while the presence of older wines in the blend only adds to the wine’s personality. The inaugural release of MCIII has more than enough depth and density to drink well for another decade, perhaps longer.

This first release of MCIII is intriguing to say the least. Suggested retail price is $450, which means MCIII is more expensive - make that quite a bit more expensive - than any other tête de cuvée with the exception of niche Champagnes such as the limited Dom Pérignon P2 and P3 releases, Krug's Clos du Mesnil and Clos d'Ambonnay, Bollinger's Vieilles Vignes Françaises and possibly Salon. My opinion is that the creation of long-term value is best achieved when wines deliver consistently high quality over a long period of time and prices rise commensurately. Setting a high price for a new wine with no track record is a risky proposition that leaves no room for error. However, I also believe that the market is always right, so if Moët & Chandon can sell through the entire 15,000 bottle production (a drop in the bucket by Champagne standards), then they set the right price. 93+"