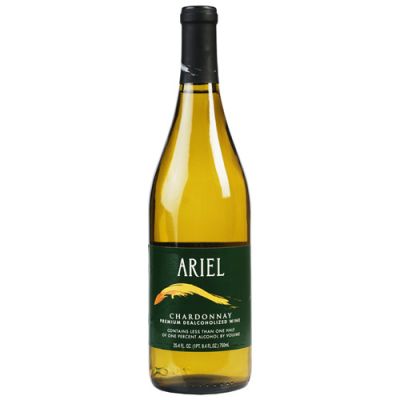 Availability: In stock
SKU
089121830024
Be the first to review this product
was $12.00 Special Price $9.99
Save $2.01 (17%)
Details
Before ARIEL’s debut, dealcoholized wines were widely believed to lack the quality of traditional wines. But at the 1986 Los Angeles County Fair, ARIEL Blanc went up against wines with alcohol and was awarded the Gold Medal. Since that moment, ARIEL has gone on to earn critical acclaim and numerous awards in competitions throughout the world.
ARIEL began to see tremendous growth in the early 90’s when celebrity chef Graham Kerr, star of the hit television cooking show The Galloping Gourmet, took notice of ARIEL and called it “remarkable… a wine of our time, a light-hearted celebration and a gracious gift of hospitality.”
After a long and fruitful relationship with Graham Kerr, ARIEL continued to see success. In the mid 90’s, articles began to appear in popular magazines hailing the health benefits of red wine for its source of polyphenols—powerful antioxidants long-believed to promote heart health and weight loss when consumed in moderate quantities daily. ARIEL dealcoholized wines, also rich in polyphenols, became an ideal alternative for those who wanted to incorporate red wine into their diets for its health benefits, but did not desire to drink alcohol every day.

ARIEL Chardonnay, with its tropical fruit character and subtle oak from barrel aging, has a distinctive combination of buttery apple and butterscotch flavors, combined with a toasty French oak bouquet. This is a dealcoholized wine that will continue to develop complexity as it ages.