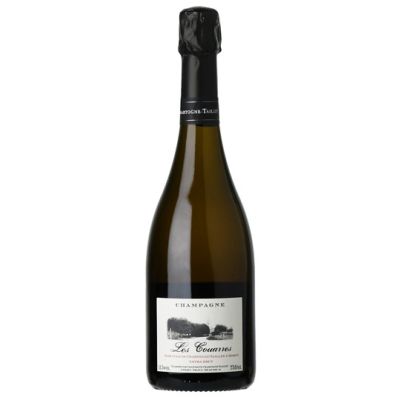 Les Couarres is located in the center of the vineyards of Merfy, with some of the richest, most humid soil in the village. This south facing, gentle slope has more water in reserve than the other plots, a benefit in warm, dry years but which also makes it more susceptible to Spring frost.  Of the single parcel wines that Alexandre produces, Les Couarres also requires the most work in the cellar during maturation. He notes that is more susceptible to oxidation and oxygen during élevage must avoided as much as possible during the aging process. Wines from Les Couarres are marked by a sapid, textured roundness, a broad character, followed by a lift of freshness and a backbone of acidity, framing the wine. This release is tighter and more reductive from the clay influence on the wine.

“Wines from Les Couarres are certainly the laziest. They like to be looked after in a simple way,  protected to avoid the turbulent experience of rapid oxidation. I think it is necessary to protect these Champagnes from oxygen from the moment of pressing, by selecting casks of two or three wines in the most humid parts of the cellar. I try to control “la part des anges” (evaporation) to limit this wine being weakened by too much contact with the air. The casks in which these wines are kept are topped up regularly” says Alexandre.

Robert Parker's Wine Advocate - "Disgorged in September 2020 and derived from the 2016 vintage, the newly released NV Extra-Brut Couarres is a blend of 60% Chardonnay with a balance Pinot Noir. Evoking notions of peach, pear, white flowers, almond paste and spices, it's medium to full-bodied, fleshy and gourmand, with a deep core of concentrated fruit, tangy acids and a pinpoint mousse. It's an appealingly gastronomic Champagne that will be hard to resist out of the gates."